It all began with my great grandfather Vasil.

It was the 1920s. Vasil and his family were living in a remote village in the mountains in Bulgaria. After having four girls he was yearning for a boy. His desire was so big that he made a promise to God, “Please give me a son to light up my home and my heart. And I will give light to your house. I will buy the chandelier for the church.”

Vasil’s prayers were answered! He received a baby boy and gave the church a chandelier. That chandelier is still there and continues to give light in the church some 100 years later.

My father Manol always loved this story. When the Bulgarian church St. Sophia was built in Chicago he wanted to continue the tradition of giving light. He donated the chandelier for the church.

A miracle took place while the chandelier was installed.

It was an early morning. My father and his crew were alone in the church. No one had been there yet to offer prayers and light candles. The men were high up in the air on a ladder working to assemble and set the chandelier in place.

Out of the blue a candle floated in the air. There were two candlesticks that were twisted around each other, both flames burning as one. The candle was floating in the air beside them and stood there the entire time while they were working.

My father was stunned. His overwhelm was so big that he did not say anything. He simply kept working. So did the rest of the crew.

The candle disappeared seamlessly just as it had appeared.

Once the men were back on the ground, my father asked, “Did you see anything?” He was shocked and bewildered once again by their answers. They had all seen the candle!

And now the tradition of giving light continues with me.

Last year, the priest told us that my dad’s chandelier is broken beyond repair and they need to replace it. I immediately knew that now it is my turn to continue the family tradition. And so on Thanksgiving Day I went to the church and gave my donation to make that happen.

Today, the light in St. Sophia shines so brightly. 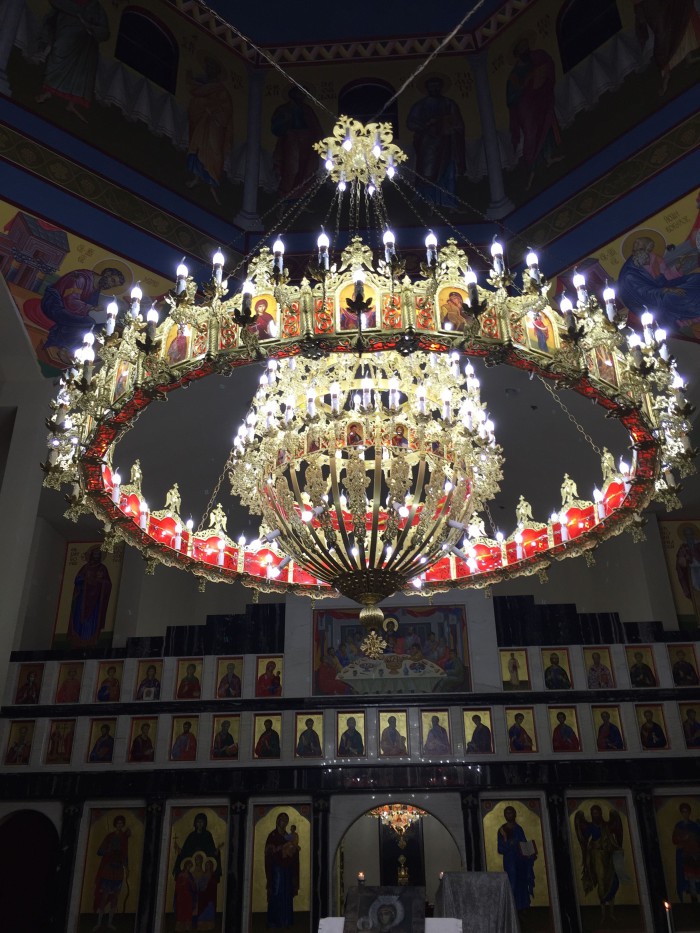 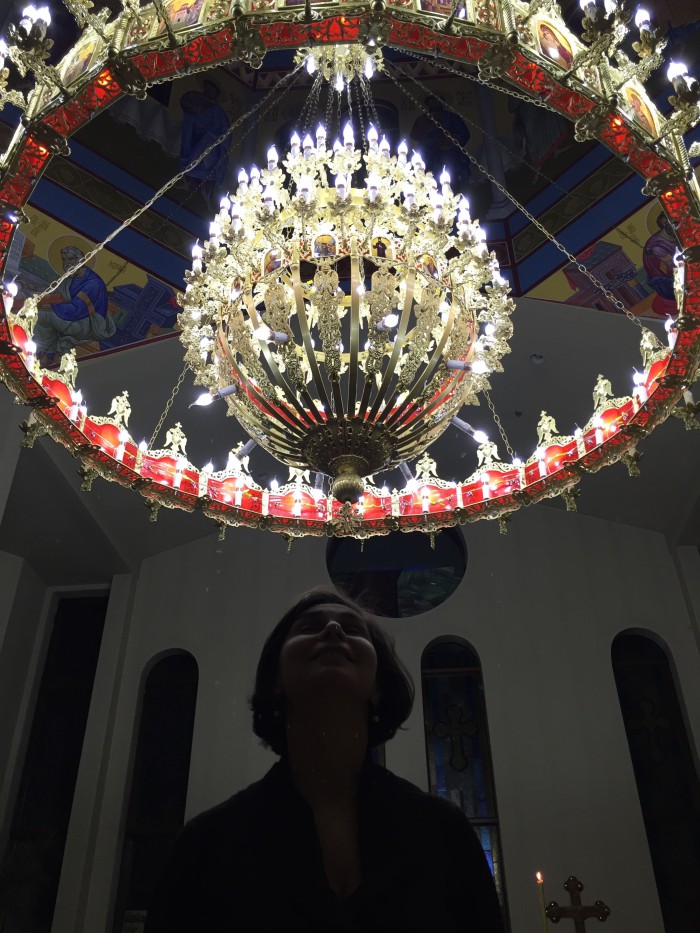