The Real Story of the Mona Lisa

Mona Lisa is believed to be the most famous painting in the world.  Yesterday’s incident of a woman throwing a teacup at the portrait reminded me of the intriguing story of how Leonardo created this masterpiece.

Leonardo da Vinci began painting the Mona Lisa in 1503. It is thought that he continued to work on it for years and to have finished it shortly before he died in 1519.  There are speculations who does the small portrait depict.  The most accepted theory is that it portrays Lisa del Giocondo, a member of the Gherardini family of Florence and Tuscany and the wife of wealthy Florentine silk merchant Francesco del Giocondo. Mona is an abbreviation of ma donna (or my lady) and a polite form of address, similar to Ma’am. 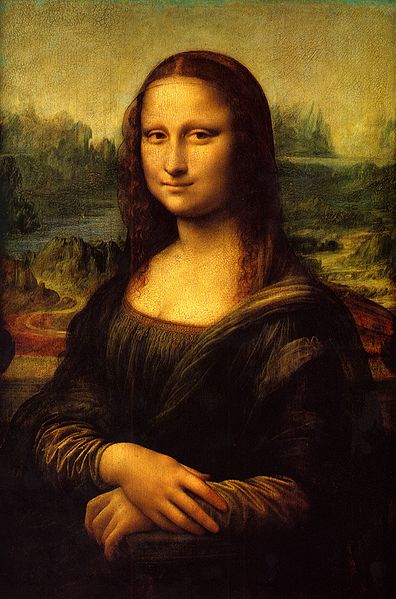 But there is a lot more to the origin of this picture than what we know nowadays.  The secrets are revealed to us by Slava Sevrukova, one of the world’s most gifted psychics, as told by Hristo Nanev in his book “Visions.”

It was a summer day in 1503.  Leonardo was strolling on a country road winding through vineyards spread on the hills of a mountainous area.  Towards him was coming a carriage with freshly cut hay piled high.  Next to the carriage was walking a peasant who was accompanied by his young wife.  She was not an exceptional beauty but there was a sort of a heavenly charm in her that was flowing through her.  The perceptive eye of the painter was instantly grabbed by her magnetic glow.  He was greatly attracted to her, mesmerized by her enigmatic smile.

Intrigued by the peasant woman, Leonardo struck a conversation with the couple, which he prolonged for as long as he could. The woman was a charming Italian peasant who was partially paralyzed.  The smile created by the lift in the upper left corner of her lips was caused by the slight paralysis of a facial nerve.  Her left arm was also paralyzed and she was carefully holding it with her right hand.  Yet, Leonardo was instantly under the spell of the woman.  It was a love at first sight.

That was the only encounter Leonardo ever had with the woman.  She never posed for him, however, her image was permanently imprinted on his mind.  Inspired by the spiritual might of the suffering woman, seeing her as a symbol of humanity withstanding its plight with a smile, Leonardo continued for years to work on her portrait. The maestro shadowed the corners of her mouth, retouching the initial portray of the light paralysis to create her enigmatic smile.  He maintained the characteristic pose of the woman, just like he remembered her — her right hand carefully holding on to her paralyzed left hand.

He carried her portrait with him everywhere he went.  He continued to work on it for the rest of his life trying to faithfully express her magnetism and mesmerizing charm.

What caused the initial moment of awe?  Leonardo’s spirit recognized the spirit of the woman and the great love they shared in a previous lifetime.

The woman that Leonardo met that faithful summer day was the one true love of his life. Her portrait, the Mona Lisa, was his greatest masterpiece.